The lagoon looks serene. The evening light gives the gentle waves caressing the shore an amber hue. Egrets stand still in the tall grass and pipits and larks take off and land incessantly. A lonely Brahminy Kite circles lazily overhead and lapwings break the intense silence with their high pitched ‘did he do its.’  Two fishermen, waist deep in the water, cast nets. Lights in the Commanders impressive house and the adjoining Lagoon’s Edge, a wooden luxury villa belonging to the army, begin to shine like glow worms. Grey Headed Fish Eagles in the Commander’s aviary flap their wings and rabbits dot the manicured lawns like so many balls of cotton wool. The sentry at the gate stands stiff and still and Privates with cradled guns lean against in bunkers with corrugated iron tops along the shore and watch the sunset. It is stunningly beautiful. 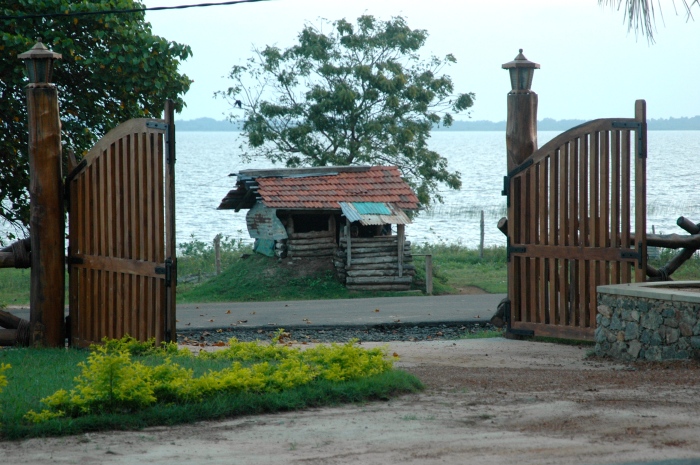 A bunker seen from Lagoon’s Edge 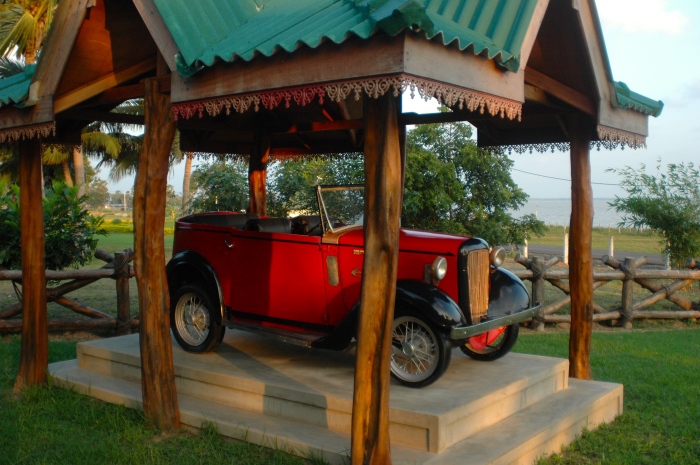 The Army camps stretch along the lagoon in both directions and security is palpable. At the villa, I sit in the veranda and sip scotch on rocks served by the serviceman in a white tunic. I can hear soft music in the next room and the clatter of crockery as the table is laid for dinner. Everything looks so very normal.

Lagoon’s Edge, the perfect place to relax and unwind 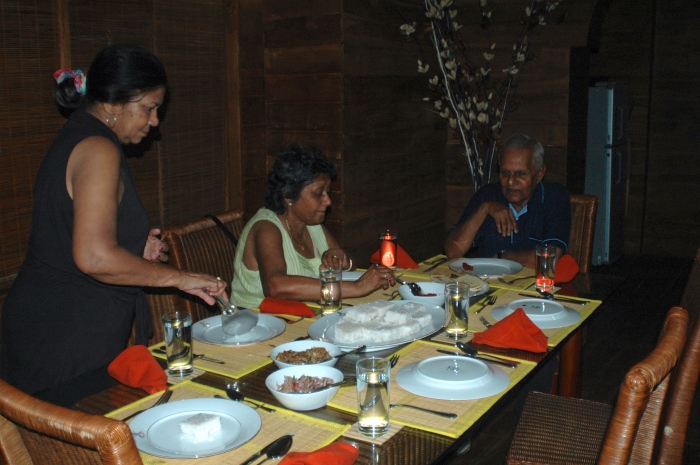 War memorial on the lagoon

It is difficult to imagine that so much blood was spilt here only a shot while ago. This was the final battleground of the Tamil Tiger War, which ended in May 2009. The ‘No Fire Zone’ with so many captive innocents was a narrow stretch of beach just across the lagoon. Many escaped with their meagre belongings and waded across the lagoon to safety. ‘We did what we could for them’ the soldiers tell me with shy smiles. They do what they could in a scared land. 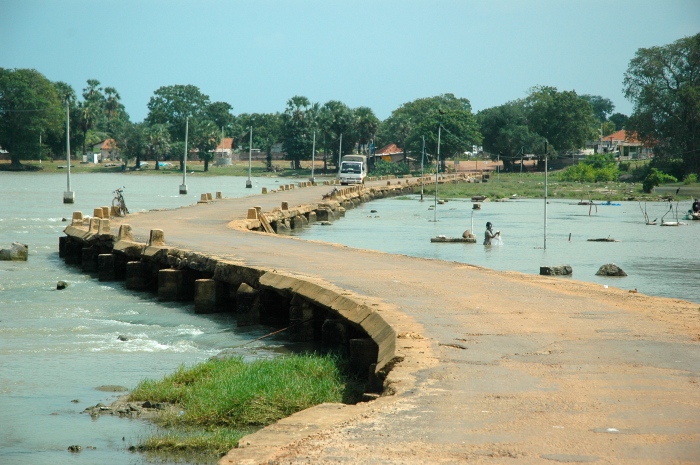 Nanthikadal causeway, on of the escape routes for trapped civilians during the war 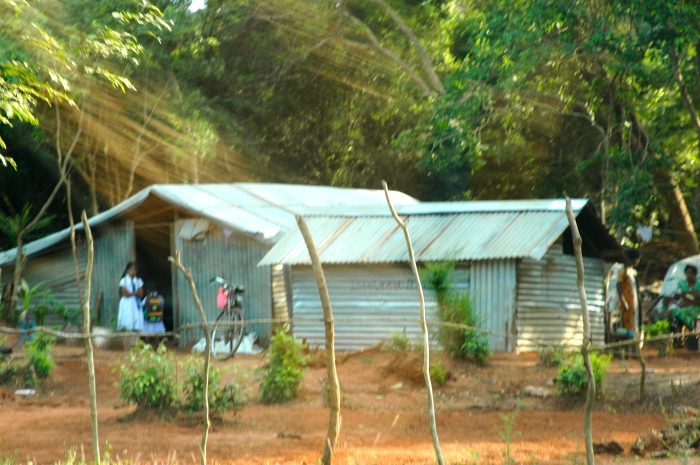 New homes with kids in white uniforms getting ready for school

Field where the Tiger leader fought his final battle

Dawn of another day at Nanthikadal

Practicalities: Lagoon’s Edge is the best address in Mulaitivu and Nanthikadal. It has three comfortable air-conditioned double rooms with attached bathroom and costs Rs.15,000 (£75) per night for all three rooms. Meals of good quality served by civilian chefs cost about Rs. 1000 (£5) per person per day. There is no bar but you can take your own alcoholic beverages without paying corkage. Staff will gladly provide ice, mixers, glasses etc. It is the perfect place for a couple of days rest and for visiting civil war battlefields and Tiger bunkers.