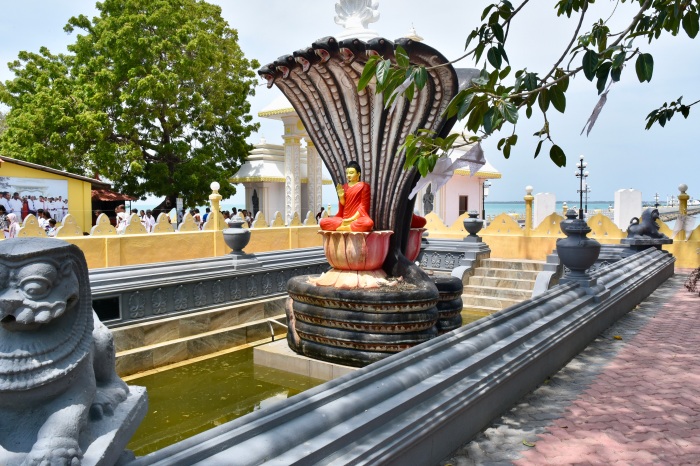 The sea was rough and the little fishing boat rocked from side to side as it made its way to Nainativu Island from Delft. The historic Nagadeepa Buddhist temple and the Nagapooshani Amman Hindu Kovil on the tiny island close to Jaffna attract vast numbers of Sinhalese and Tamil pilgrims throughout the year.

Buddha is supposed to have ‘visited’ Nainativu to settle a dispute between two Naga kings who were on the verge of starting a war over a gem-studded throne. It is difficult to imagine how a tiny island like Nainativu supported two kingdoms. Buddha preached to the two rival kings who became devotees and offered the throne in dispute to him. Nagadeepa temple came into being – the throne was enshrined in a stupa which was added onto in the first century BC and the island became a sacred place. 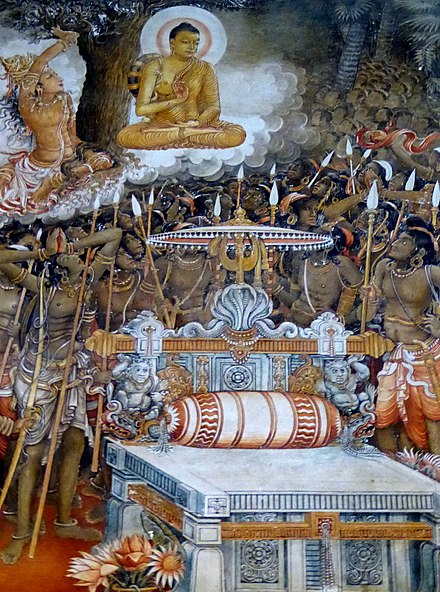 We could see Nagadeepa, white and glistening in the sun, from a distance. A pier extended out to sea. We disembarked and walked to the elaborately decorated and colourful temple. It looked garish, only the Bo tree and its surroundings being serene and peaceful. The entrance to the temple proper was guarded by gold painted statues of lions and huge cobras. Photography beyond the gate was prohibited.

A short time at Nagadeepa was ample. We bought soft drinks at a shop in front of the temple and persuaded a mini-truck driver to take some of us towards the Hindu temple at the other end of the island. We bordered our little fishing boat and sailed the short distance back to the mainland. 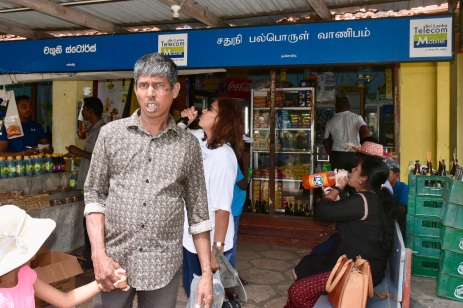 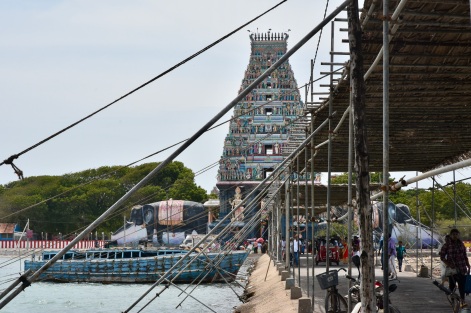 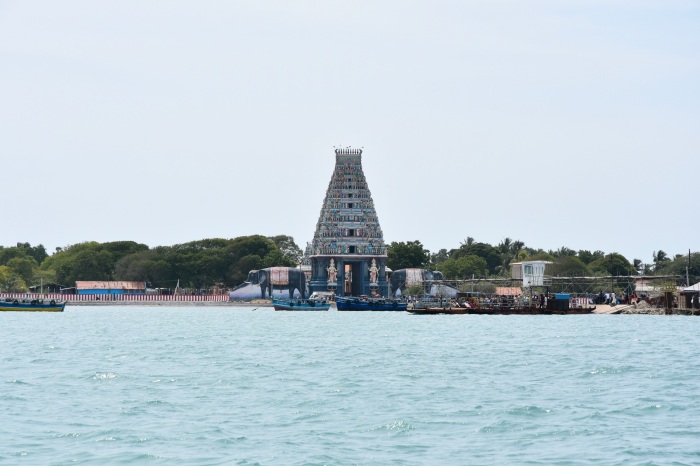