The ruins of Doric House stand neglected on a hillock in Arippu, its thick walls of red brick glistening in the sun. The sea in front is like a millpond and blue and the curving beach is magnificent. There is nobody in sight.

In the Gulf of Mannar in north western Sri Lanka, men were diving for pearls as early as 5th century BC. Trade in pearls with the Roman Empire, Arabs and South East Asian nations made the ancient port of Mannar, then called Manthottam, one of the most important in the region. More recently, in the Portuguese, Dutch and British eras pearl diving in Mannar flourished and thousands would flock to the usually deserted coast during the pearl diving seasons creating flourishing but temporary townships. 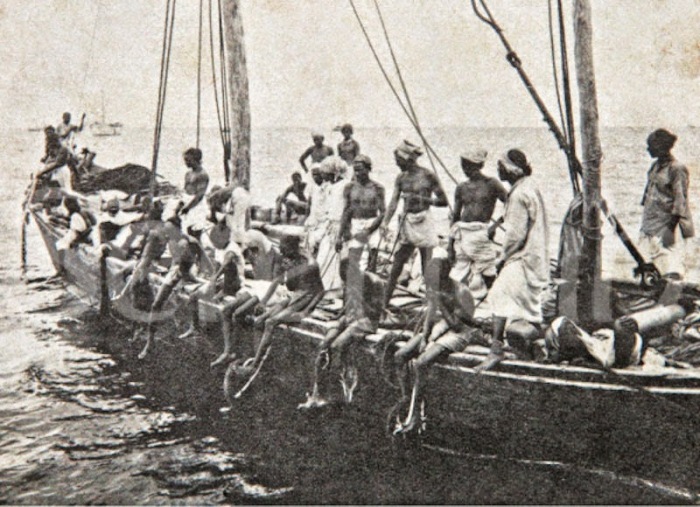 An old photograph of pearl divers

At the beginning of the nineteenth century (1801 – 1804) a house was constructed at Arippu near Mannar for the first governor of British Ceylon Sir Frederick North, the Fifth Earl of Guilford. He stayed there for several months at a time to revive and supervise the pearl fisheries. The two story house was constructed using bricks and mortar and the exterior walls were decorated with chunam which was made from the lime of burnt oyster shells and was described as appearing like ‘marble.’ The building was known as ‘The Doric’ due to the design of the columns which was in the Ancient Greek Doric style. 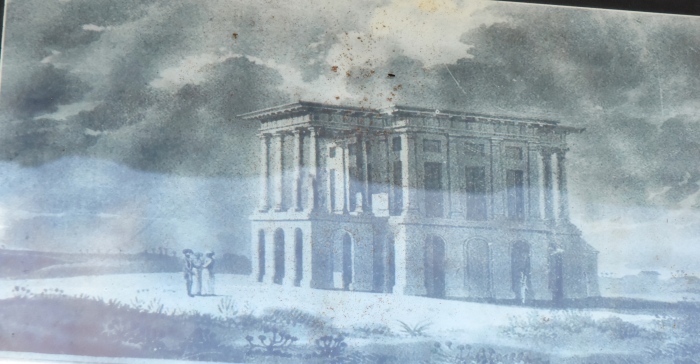 How Doric House looked in its heyday 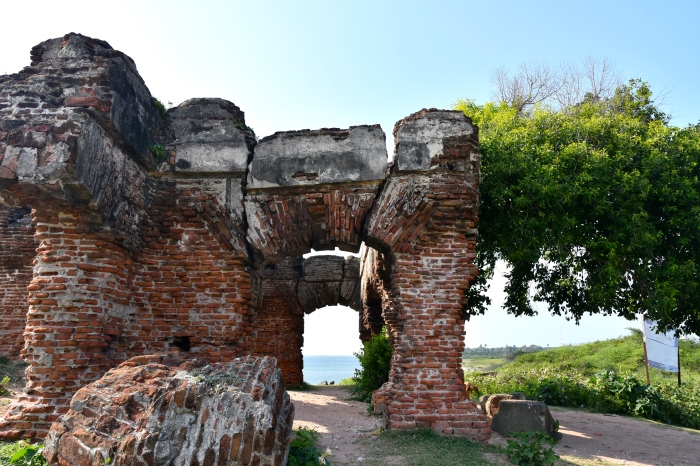 It is sad that the site is neglected. Entry is unrestricted. Allow 45 mts to explore the site and walk on the beach.

(My visit was arranged by Flamingo Tours)