Poison On A Plate

The first week of 2014 started with a few headaches. The cook went off sick, the fishmonger went on holiday, the car broke down, drains next door got blocked and flooded my back garden and the heat became intense. The only silver lining was the first sight of a Glossy Ibis (Plegadis falcinellus) in the nearby wetlands. Then, neighbours popped in with home made cookies and a new fishmonger appeared with the freshest and tastiest Golden Snapper. The car was fixed, I bought a  few linen shirts at Odel (the smart Colombo cloths shop owned by a young lady who is listed as the most powerful business woman in the country) and rain fell.

Then I found the Organic Food Market.

Most fruit, vegetables and rice sold in Sri Lanka are said to be unfit for human consumption. They are saturated with toxic pesticide residues which pose a significant health hazard. People talk about it and newspapers writes columns about it but nobody does anything about it. There are no published minimum permitted pesticide residue levels. Use of arsenic based chemicals is extensive and renal disease caused by agrochemicals in some parts of the country has reached epidemic proportions. It is common practice to ripen fruit with calcium carbide, acetylene, ethylene, propylene and ethrel (2-chloroethyl phosphoric acid). It is hard to find naturally ripened fruit. There is indiscriminate use of hormones and antibiotics in meat production (specially chicken) and ‘free range’ is only a vaguely understood concept.

But, a small number of dedicated farmers with organic certification are struggling to break the mould. At the Good Market just outside Colombo, they meet every Thursday to sell their toxin free organic products. However, the relatively high prices put them beyond the reach of most ordinary Sri Lankans who moan, groan and eat toxins! 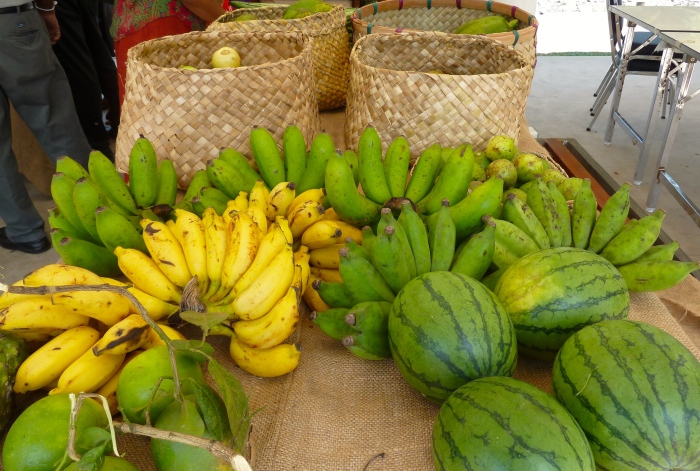 There is wild bee’s honey from the Wasgamuwa Jungles

PS: In an encouraging move, Consumer Affairs Authority seized 75,000 kg of fruit ripened with Ethephon at the Colombo market last week. “When one bad apple spoils the bunch – Fresh fruits no longer fresh http://shar.es/9IMlH  via @sharethis “

Something is rotten in the state of Sri Lanka – our food | The Sundaytimes Sri Lanka http://t.co/Ovoeu2O4ck