Belgrade with the Temple of Saint Sava in the distance

The two nights in Belgrade was at the tail-end of the Balkan summer holiday. Two weeks in Montenegro went quickly, Croatia was only a brief visit and the day on the Bar to Belgrade railway was remarkable.

It was my first time in the Bosnian capital.

The rented apartment was in a leafy suburb. The two bedrooms were spacey and the kitchen, modern and well equiped. The neat, shady garden was at the back of the block. Nearby eateries were classy and many attractions were only a short walk away. 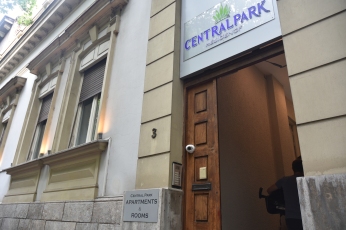 We decided to spend the one full day we had in Belgrade on our own, getting to know what the experts called the top three sights – Kalemegdan Park, Belgrade Fortress and the Temple of Saint Sava. First, coffee was brewed and sumptuous pastries and brioche from the bakery round the corner were eaten with glee.

Nick at the bakery. The sign in cyrillic says ‘brioche’

The Park which is the largest in Belgrade and the Fortress which used to be the city’s principal defensive structure first built by the Celts, are on a hill overlooking the Danube and Sava River confluence. The leafy park has miles of peaceful avenues leading to the fortress which used to be called the Upper Town. We walked on the ramparts, a product of 18th-century Austro-Hungarian and Turkish reconstructions, to The Victor, a 14m high bronze figure with a sword in his right hand and a pigeon in his left. It is the symbol of Belgrade and stands overlooking the confluence of the Sava and Danube rivers. 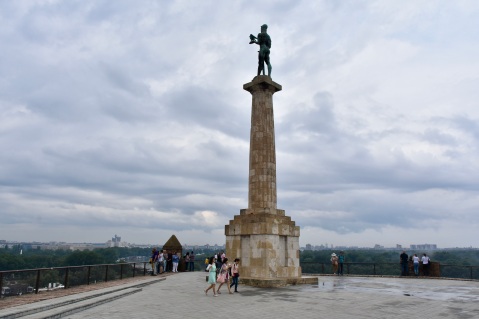 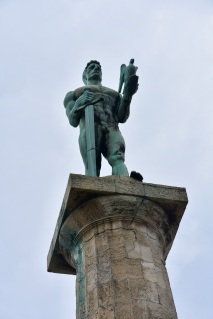 We walked back through the Park to its southern end where the Military Museum of Belgrade is located. It presents the military history of the former Yugoslavia. Displays include captured Kosovo Liberation Army weapons, bombs and missiles, rare guns and bits of the American stealth fighter that was shot down in 1999. The entrance to the museum is through the Stambol Gate, built by the Turks in the mid-1700s and used for public executions. 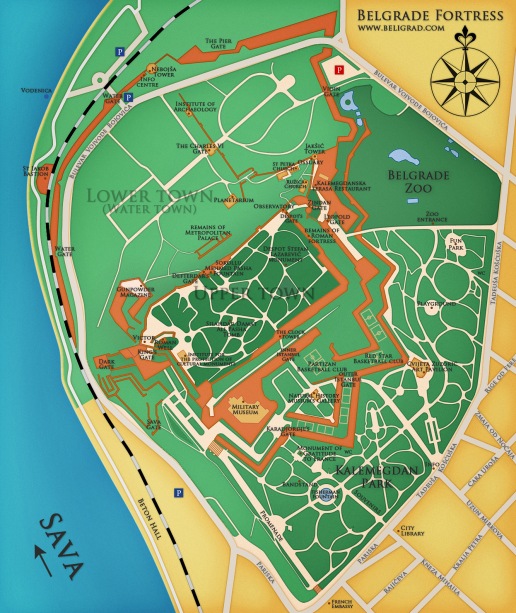 The Temple Of Saint Sava

It was a long walk to the Temple of Saint Sava. We gazed at shops selling bewildering arrays of wines not known to us and stopped at a cafe in a square for a light lunch before the Temple. 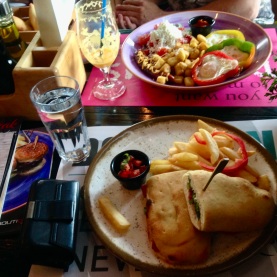 Sava, born in 1175, became the first archbishop of Serbia. The Temple on Vračar Hill in Belgrade, is the second largest Orthodox church in the world, built where Sava’s remains were burned by the Ottomans in 1594. Like the Sagrada Familia in Barcelona, the interior of the church is still under construction.

There wasn’t a lot to see tn the Temple. We stopped briefly at the church shop and found a cafe out in the church square where we drank coffee. and watched people go by. Oddly, the cafe was called The Factory.

That evening we had dinner with Serbian wines in a restaurant where locals ate. The atmosphere was friendly and at times, jovial. The food was excellent and the wine, though unfamiliar, even better. The  2016 white from the indigenous Muscat like Tamnjaniaka was intense and aromatic. The red, an award winning 2012 kadarka, was weighty and brooding. 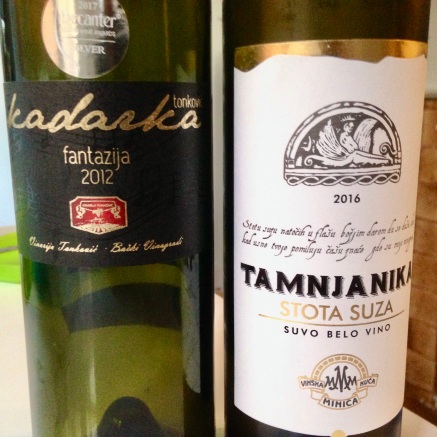 It was late when we got home that night. The next morning we took a flight from Belgrade to London.