Mine came from the takeaway place Sen-Sal at Battaramulla, just outside Colombo and cost SL Rupees 350 (~ £2) each.

One evening this week, I visited the house  where I grew up. It was first built by my grandfather and over the years, renovated and upgraded by my father many times. In the old days the land stretched down the hill as far as the rice fields and the swamp but things have changed. Now there are fences and little roads leading to the many houses that have been built by the nine members of my fathers family and their children. 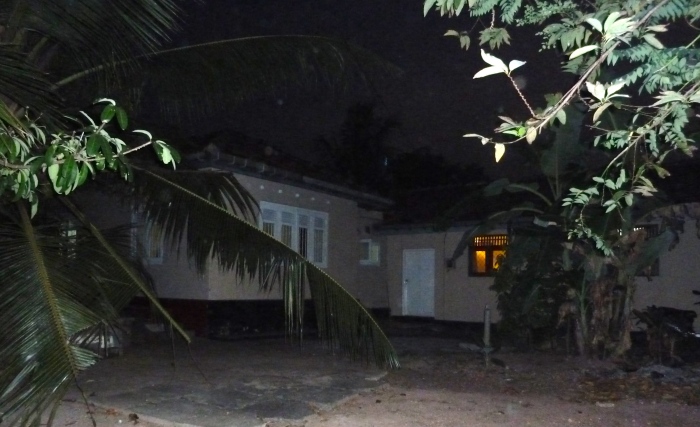 I walked from room to room, touching old ebony furniture – my parents bed, their wardrobe, the little polished medicine chest on the wall. The desk I used and the framed photograph of Ernest Hemingway which was on the wall above the desk in my little room are gone but some of my beloved books, moth-eaten and turning brown, are still there.

I stood on the terrace at the back of the house and looked down at the rice fields. The swamp has been drained and rice paddies filled up since the government acquired the land years ago and built a leisure park and a hotel next to the river. It has lost the old magic and as the dying sun painted the sky red and mosquitos rose in search of their daily blood, I went back in to the house to eat string-hoppers that were being cooked lovingly for me. 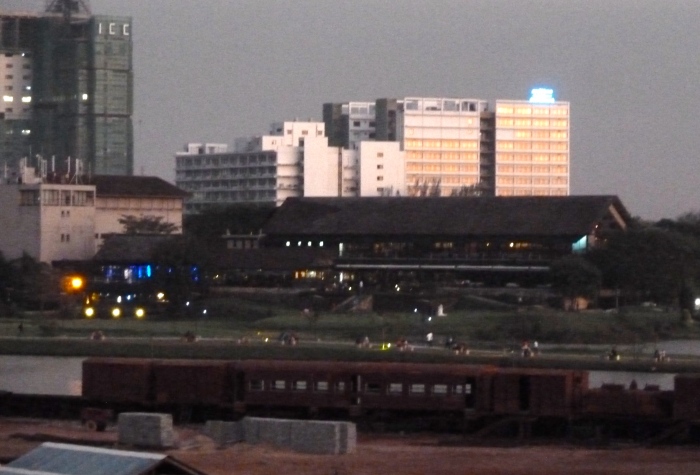 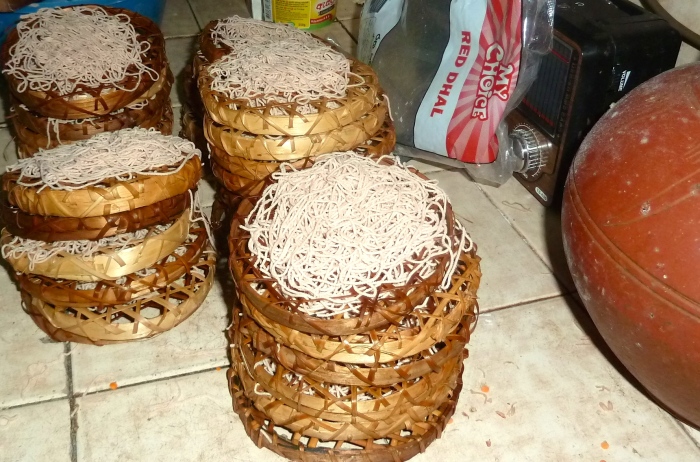 Virtually every Sri Lankan village has a Buddhist temple, a white painted scented place of peace and serenity. The temple tends to occupy the highest ground in the village and each would have an image house containing a large statue of the Buddha, a stupa and a Bo tree, all of which are venerated. Most Buddhist tend to visit their local temple on full moon days to worship and meditate, offer flowers and light oil lamps. Even though these activities have largely become rituals, they have a deep philosophical meaning. When offering flowers which are beautiful and fragrant one moment but shrivelled and dead the next, one is supposed to realise in a meditative way the  impermanence of live. Just like the lamp illuminates the surroundings, your own life should brighten that of others. 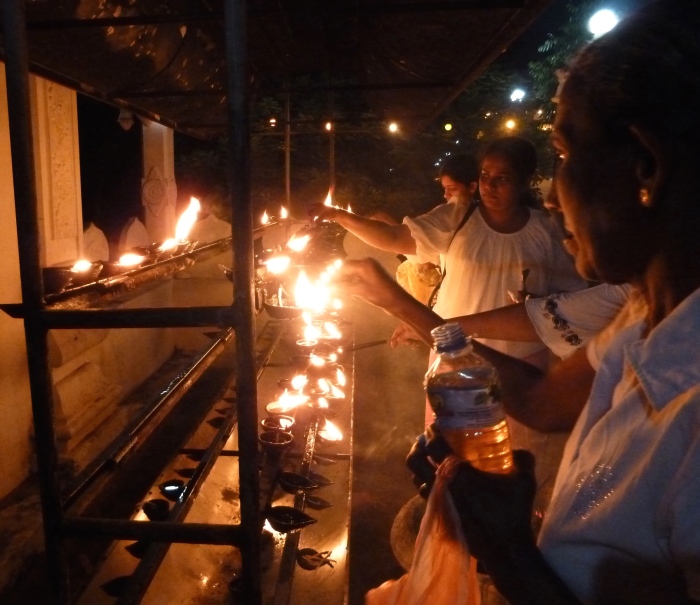 On 4th February Sri Lanka celebrated 67 years of independence from British colonial rule. The traditional morning armed forces parade was near the parliament, a short distance from my home. I hoisted the national flag and watched on television the various regiments  marching past the podium where the President stood. I am glad there was no military hardware on display and the Presidents short speech to the nation was devoid of war rhetoric. I felt a sense of pride and belonging and thought that after many many years, I have finally come home.

Later, I opened a bottle of wine and sat down to enjoy the sumptuous lunch our new cook had prepared before a blissful siesta. 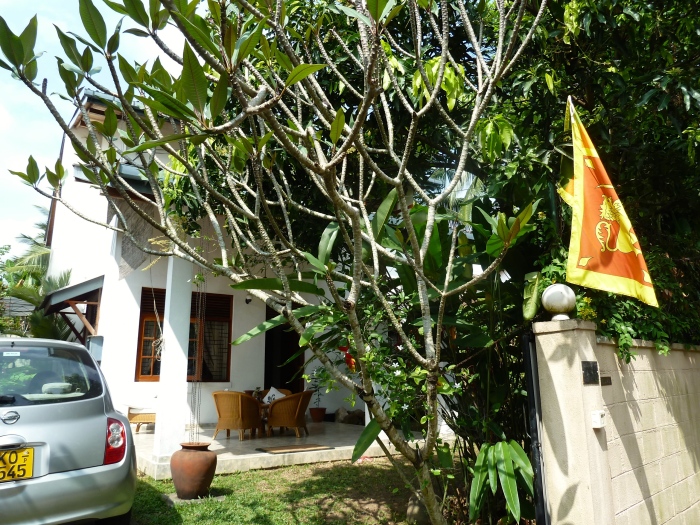 President arriving for the independence celebration

Our new cook Mallika is keen on clay pots for cooking. She simply refused to cook in conventional stainless steel saucepans and insisted I bought her set of specially made clay pots adapted for use on a gas cooker. They were not easy to find but find them I did. She beamed and ‘seasoned’ the pots by burning used scraped coconut in them. Then she cooked Blue Yams for lunch extolling their medicinal virtues.