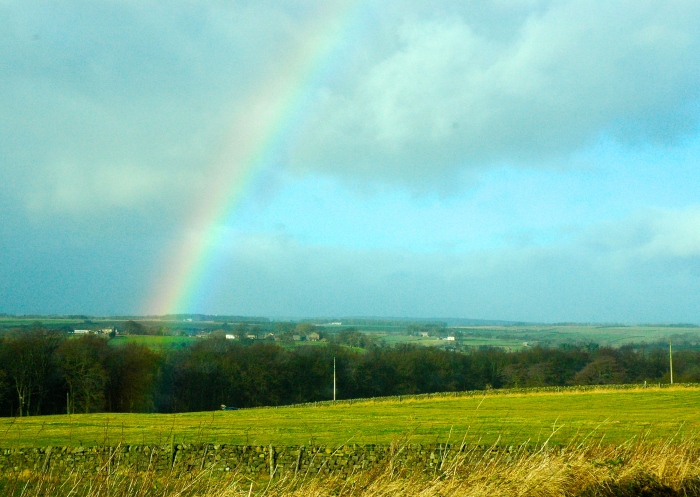 The sun came out early. The gloom  and rain of the previous few days were gone and red kites were circling over head, stark against a bright blue sky. It was hard not be elated.

Brunch was the first business of the day. Rice was cooked with coconut milk, as they do in Sri Lanka on all auspicious days, and hot spicy fish and onions with red chilli and flaked Maldive fish. Traditionally, the fish would be tuna, but here it was sea bass. The  brass lamp with coconut oil was lit and bananas – you got to have bananas – were eaten after the rice and mugs of black tea drunk.

The Dales looked splendid as I drove towards the reservoir. A rainbow arched over the dark stone farm houses. Dogs barked and ramblers walked purposefully down muddy paths. The sun continued to shine.

Lunch beckoned – slices of creamy goats cheese grilled on sourdough bread and  lettuce hearts dressed with olive oil and vinegar, washed down with a glass of Eden Valley Riesling. Coffee was Sri Lankan, said to be arabica but disappointingly, without perfume or flavour.

I spoke to family in London, Doha and New York and read World of Fine Wine.

It was dark already at four thirty and was quiet outside. The radio was playing ‘I was thinking about you.’ I opened a bottle of 2004  Barbera d’Alba from Ascheri’s Fontanelle vineyard which i visited in 2006, and sipped it from a Riedel Syrah glass, which according to George Riedel himself, is the universal red wine glass. The wine, from the great 2004 vintage, was delightful with a taste and aroma of crushed red and black fruit. It perfectly complemented Highland beef with fries and steamed vegetables. 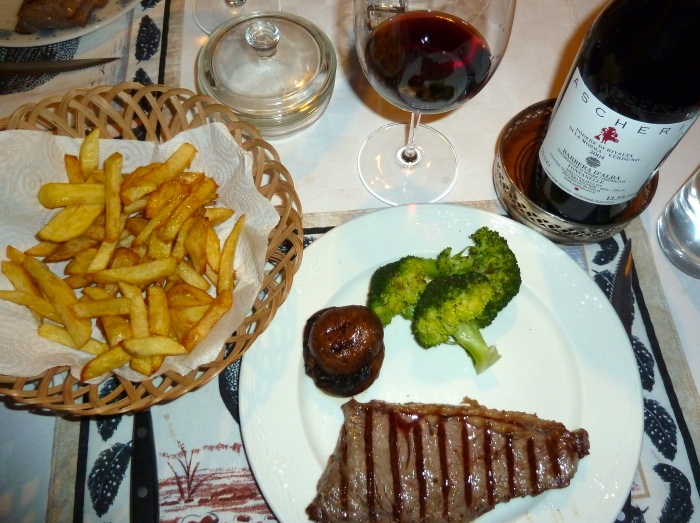 It’s been like no other New Year, I thought that night, quiet and calm but immensely satisfying. Simple things of life were appealing and were full of pleasure. What will be at the end of the rainbow…