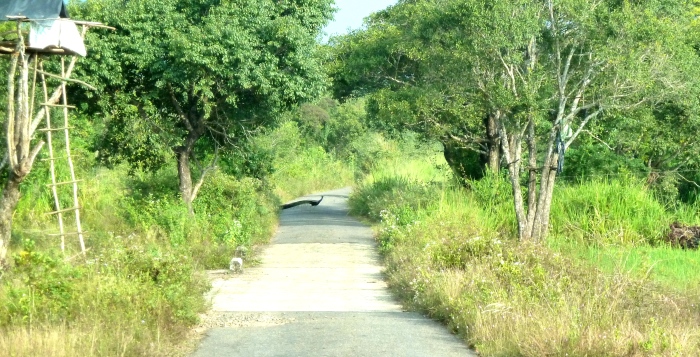 I am off on my travels again, this time to the North-Western Province of Sri Lanka, spending two nights at Habarana to see little known and seldom visited places of interest  in the  vicinity.  We are eighteen on the pink Flamingo bus driving north along the coast. Colombo is relatively quiet and the Lion Flags hoisted in honour of 68 years of independence from Britain, are fluttering in the cool morning breeze.

We took the expressway which runs through the Muthurajawela Marsh to Katunayaka. The marsh is a little-known gem of a wetland at the southern end of Negombo’s lagoon. The area had been a rich rice-growing basin before the Portuguese constructed a canal that ruined the fields with sea water. Over the centuries…