From Sir John’s Bungalow, it is only a short drive to Pitawala Pathana. The road is good, there is ample parking, and the ranger’s office has benches and a public toilet in front of it. A short distance away, new visitor centre with all mod cons is under construction.

I have visited Knuckles – a pristine mountain range in central Sri Lanka twice before, first on a school expedition when I was schooling in Colombo and later, on a birding tour with a small group of British birdwatchers in 2002. Knuckles was a virtually impenetrable wilderness during my first visit and I remember the green leaches that dropped on to my head from stunted trees and the plantation workers’ miserable accommodation called lines where we huddled at night, cold and hungry, waiting for rice and dhal to be cooked for dinner.

Pitawala Pathana is a 10 ha, gently sloping rock slab covered with a thin grassy layer of soil. It is home to many endemic plant and animal species. We bought tickets at £25 each at the rangers’ office, crossed the road and walked up the gentle slope of the Pathana. Dogs followed us and cows paid no attention. A lone raptor, probably a buzzard, circled lazily overhead. 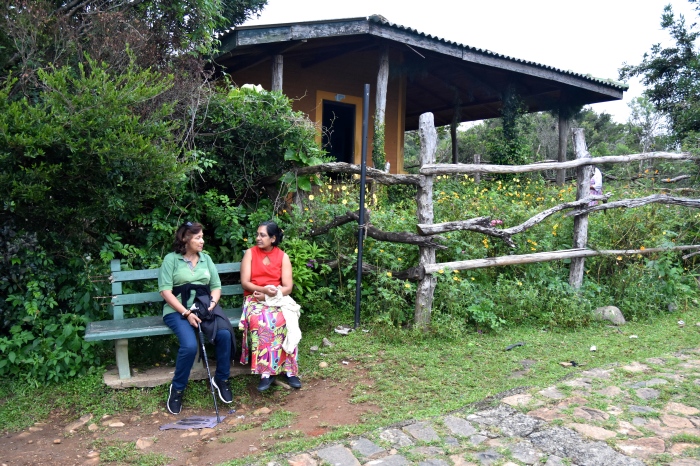 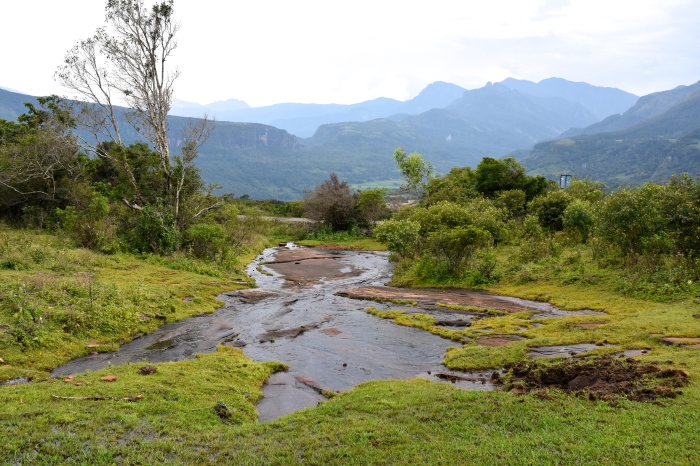 20 species of Amphibians have been recorded in the Knuckles wilderness and 12  of them are said to be endemic. I searched in vain for the rare Kirtisinghe’s Rock Frog, found only in the Knuckles Mountain Range. It is a semi-aquatic species and is found in and beside fast flowing mountain streams in forested areas, under boulders, in rock crevices and on wet rocks. The tadpoles are also found on rocks in the splash zone near torrents. It grows to a length of about 2.5 cm and is listed as ‘critically endangered.’ 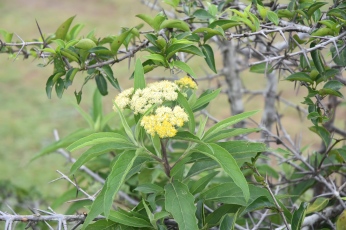 An easy nature trail of about 0.75 km leads to Mini World’s End, a deep escarpment at the edge of the Pathana with a panoramic view of the Knuckles Range and some of its valleys below. 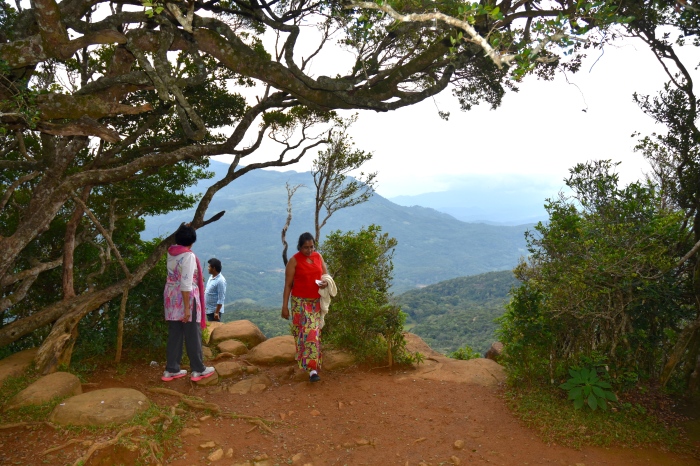 Weather in Knuckles is quite unpredictable. It suddenly became gloomy and a thick mist rolled in from the mountains. Wind hissed through. The dogs looked anxious and an unseen Lapwing called repeatedly “did-he-do-it, did-he-do-it.” It felt eerie. We walked down the slippery slope as the mist rapidly engulfed us. 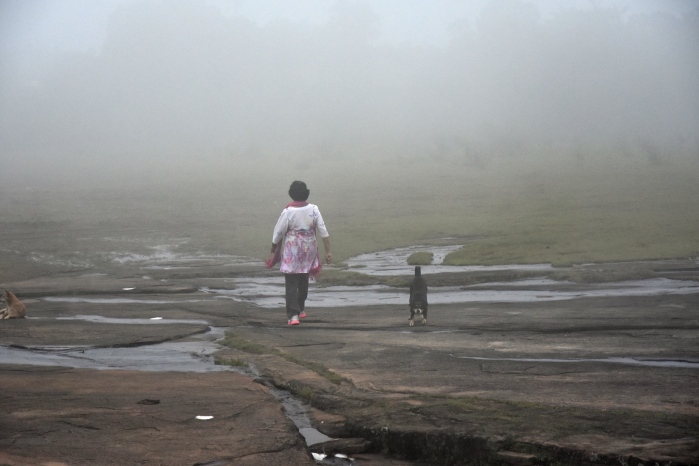 Back at the car park, we sat for a while enjoying the solitude, ate biscuits and drank ginger beer and drove back to Sir John’s Bungalow.

(The visit was arranged by Padmini Hussein of Flamingo Tours)