Monday was Full Moon Day. It is a public holiday in Sri Lanka and a holy day for Sri Lankan Buddhists. Many spend the day in temples, clad in white, meditating and taking part in religious ceremonies. Alcohol is not sold and it is possible that fewer murders, rapes and other acts of violence are committed on Full Moon Day. 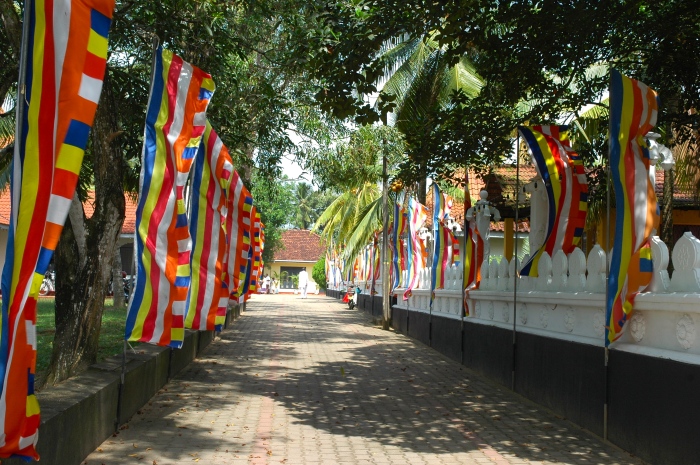 Buddhist flags fluttering in the breeze

White clad devotees at the local temple are offered the midday meal by the pious.

Birding From The Armchair

About forty bird species are seen in and from the garden. Here are some of them seen and photographed this week:

Purple-rumped Sunbirds have built their flimsy nest in the car porch. They gather nectar all day from mango flowers to feed the chicks. Sunbirds are predominantly nectar feeders and are the Old World equivalent of Hummingbirds. Three species are commonly seen in most urban Sri Lankan gardens – Purple-rumped, Long-billed and Purple. Other frequent visitors to the garden include White-throated Kingfisher (Halcyon smyrnensis) and White-rumped Munia (Lonchura striata). 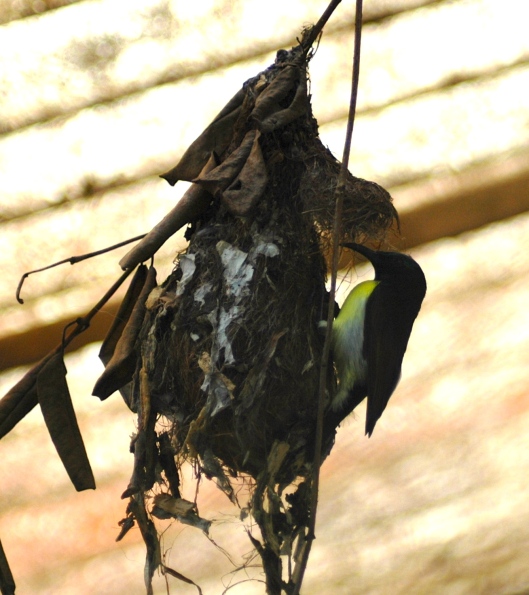 I asked a man tending his small vegetable plot whether he had any for sale. Commercially produced fruit & veg in Sri Lanka is said to be saturated with pesticides and other noxious chemicals. There is no organic agriculture to talk of. The man smiled and said the long beans he was picking were for his lunch and he had none to sell. However, he invited me into his garden and showed me his cabbage patch raided by porcupines. He picked a young jack fruit from a tree in his back garden and gave it to me, beaming, with the long beans wrapped up with an old newspaper. He refused to take any money. His mother, wife and two young daughters came out of the house, smiled and waved as I walked down the path. I tried hard not to show the tears in my eyes. 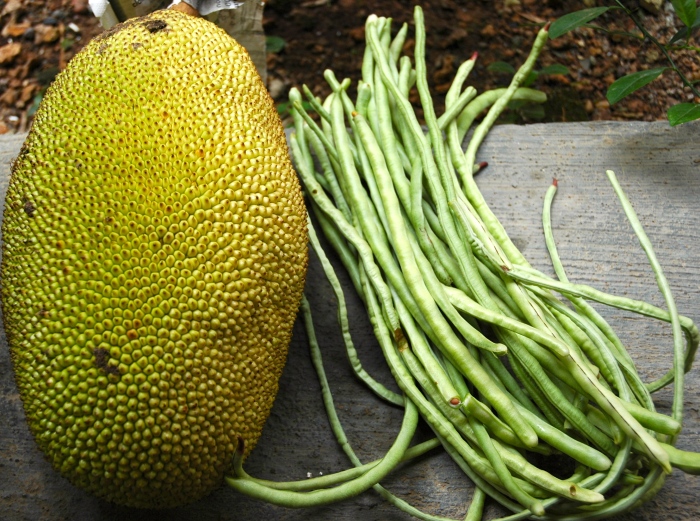 Jack fruit is eaten boiled or curried when unripe. It exudes a strong, sweet aroma when ripe and the fruit then is eaten after meals. Jack tree is a protected species in Sri Lanka and the hard wood it yields is highly priced in house construction and furniture making.

Two types of Lizards frequent the garden – Garden and Monitor, both harmless and non-toxic. Carnivorous Monitor lizards search for eggs and small mammals and often sun themselves on the fence or roof. Some consider them good eating! 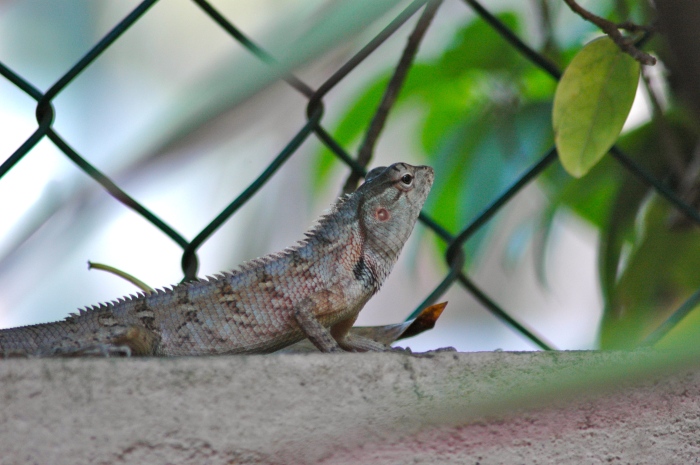 Hendella (Stolephorus indicus) is a commonly consumed and commercially important small marine fish found in Sri Lankan waters. It is considered to be one of the best sources of fish oils with health benefits. That apart, it is absolutely delicious. Season the Hendella with salt and pepper, dust with flour, deep fry in coconut oil, sprinkle with lime juice, open a bottle of white wine, park yourself on a sunny patio with the cool breeze in your face and enjoy the taste of paradise!

See you next week. It is going to be busy!