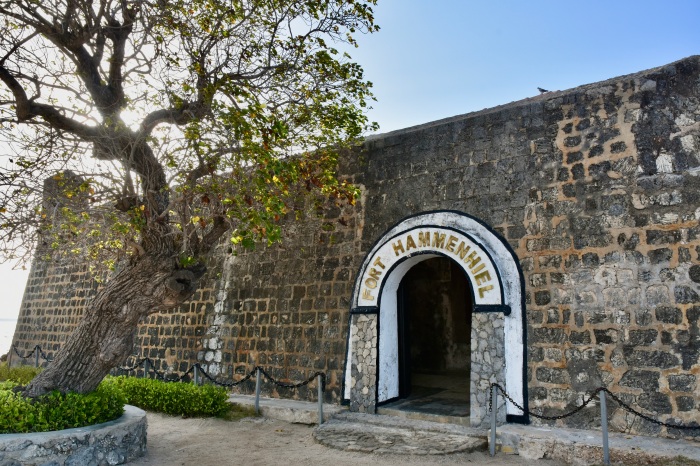 Hammenhiel is a 17 century fort on a tiny island between Kayts and Karaitivu islands off Jaffna Peninsula in Northern Sri Lanka. It was built by the Portuguese with coral rock in 1618 to guard the entrance to the Jaffna sea channel. They called it Fortaleza do Caes (Fort Royal). The Dutch captured the fort in 1658 and renamed it Hammenhiel (Heel of the Ham), as they thought the shape of Ceylon resembled a ham and the fort was located at the heel of the ham. In 1680, the Dutch added a stone breakwater, filled in the hollow ramparts, replaced the upper floor with a stone vault and built a brick lined reservoir. They used the nine large dungeons to store gunpowder and maintained a garrison of about thirty soldiers. During the British colonial era, the fort was used first as a maximum security prison and then, an infectious diseases hospital. During the the abortive 1971 JVP insurrection, Rohana Wijeweera, founder leader of the Janatha Vimukthi Peramuna, was detained in the fort after his arrest. it was used thereafter by the Sri Lanka Navy as a detention centre for sailors. Today, it is an upmarket hotel and restaurant run by the Navy.

We drove along a winding dirt track lined with palmyra trees to the big iron gate. The board said Fort Hammenhiel Compound. The blue clad navy security man opened the gate for us to drive up to the new waterfront restaurant with Fort Hammenhiel in the distance.

The restaurant served us a buffet lunch of traditional Sri Lankan rice & curry. We relaxed for a while in the spacious, open lounge and walked to the end of the long pier to board a navy speed boat to travel the short distance to the fort.

A navy guide showed us around. We walked through the tunnel like entrance to a shady courtyard surrounded by numbered cells where prisoners were held in the past. Some of them have been converted to tourist accommodation offering a taste of prison life in years gone by. Cell number 3 was where Rohana Wijeweera, the leader of JVP was held during the 1971 left-wing insurrection. 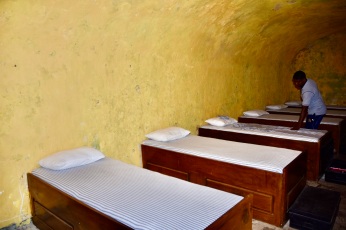 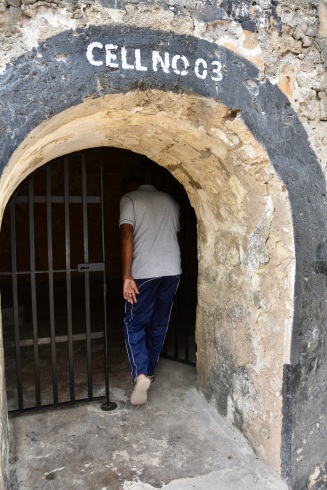 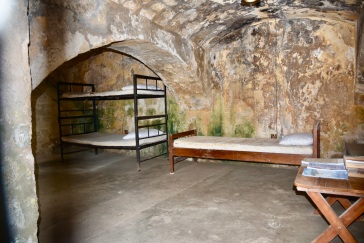 Stone steps led to the upper floor with yet another square with large trees. Four large rooms to one side have been converted to luxury accommodation and the view out to sea from the square and a terrace with tables and chairs for alfresco dinning was impressive. 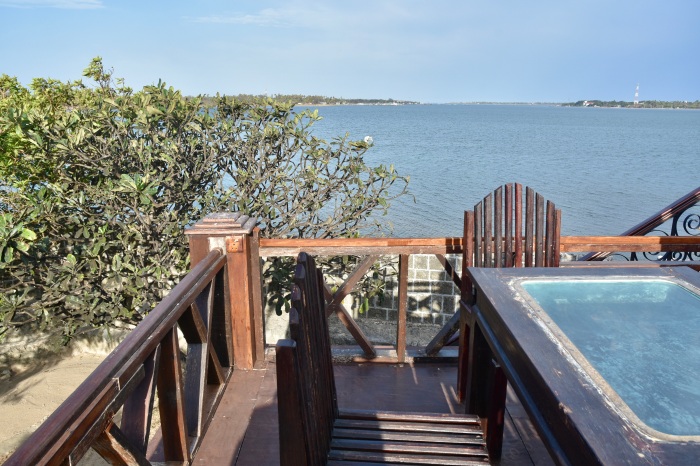 The navy boat took us far out into the Jaffna channel before returning to the mainland. We had tea at the restaurant and drove back to Jaffna. 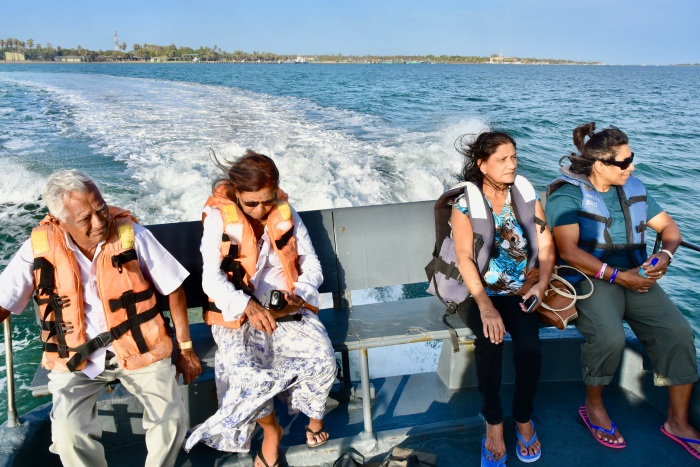 One thought on “A Day At Fort Hammenhiel”