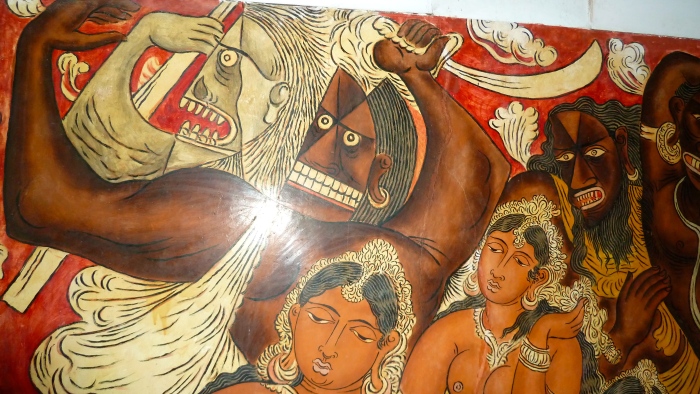 Gothami – a little Buddhist temple in a quiet corner of Colombo, came in to existence in 1900. It would have remained a simple place of worship if not for the fact that George Keyt, a talented Sri Lankan Cubist was commissioned to paint the inner walls of the temple’s little image house in 1941. The murals depicting the life of Buddha are in style uncommon in Sri Lankan temple art and the quality of the paintings immediately caught the attention of the art world.

I revisited the temple after a long absence in February 2012 and found it rather cramped with more modern structures and the front yard used as a car park for a company across the road. The whole place reeked of decay and the image house with the murals is kept locked to keep away vandals. The care taker is happy to open it for anybody interested in worship or viewing the paintings. “We get tourists who admire the murals and college kids who study and sketch and sometimes scratch them ” he said. They were renovated in 2010. The care taker allows you to take pictures, even with flash! 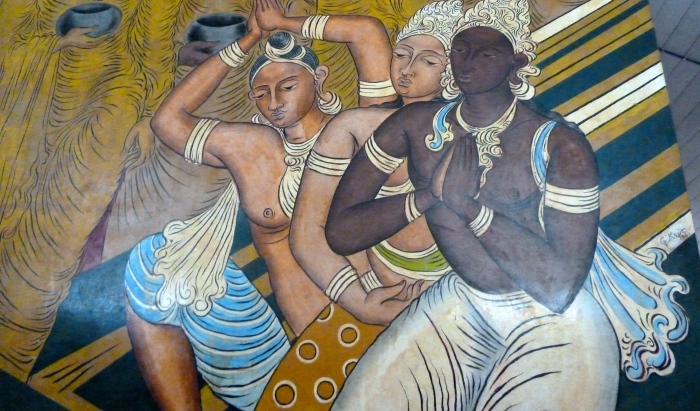 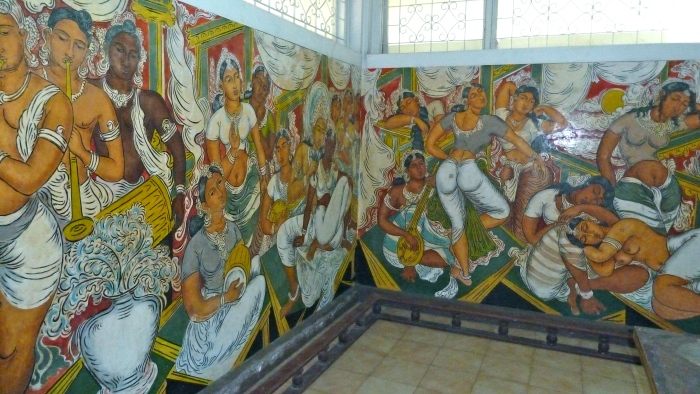